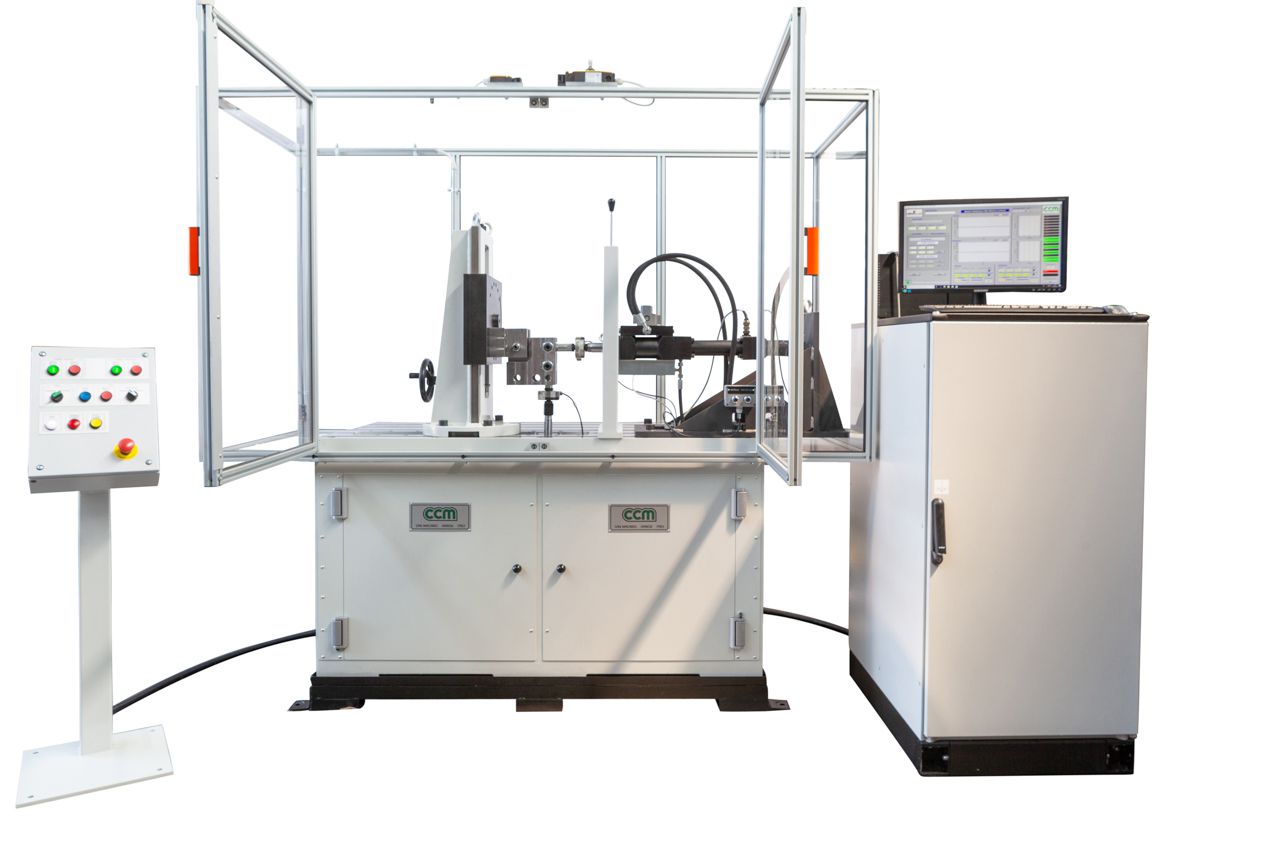 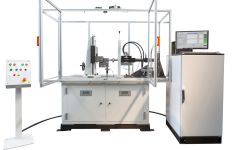 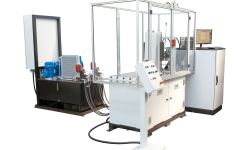 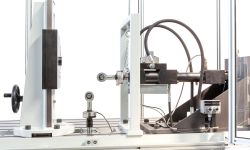 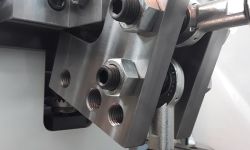 Tests on rubber or rubber-metal components may require mixed and alternating stresses on different axes: for example, the execution of a torsion angle with the simultaneous imposition of a load on another axis, followed by a series of variable radial loads. The same part may have to be mounted inclined with respect to a stress axis for cardan type tests.

For this type of fatigue tests we create benches with an adjustable support for positioning the part to be tested and two linear actuators, or with a linear actuator and a torsional actuator in order to allow a biaxial testing.

Load and position transducers of the actuators allow to detect stresses and create diagrams with the measurements obtained.

Multiaxial test on silent block bush: a torsion angle is performed with simultaneous imposition of a load on the second axis.

Do you need more information?

Contact us for more information, we will reply you as soon as possible.