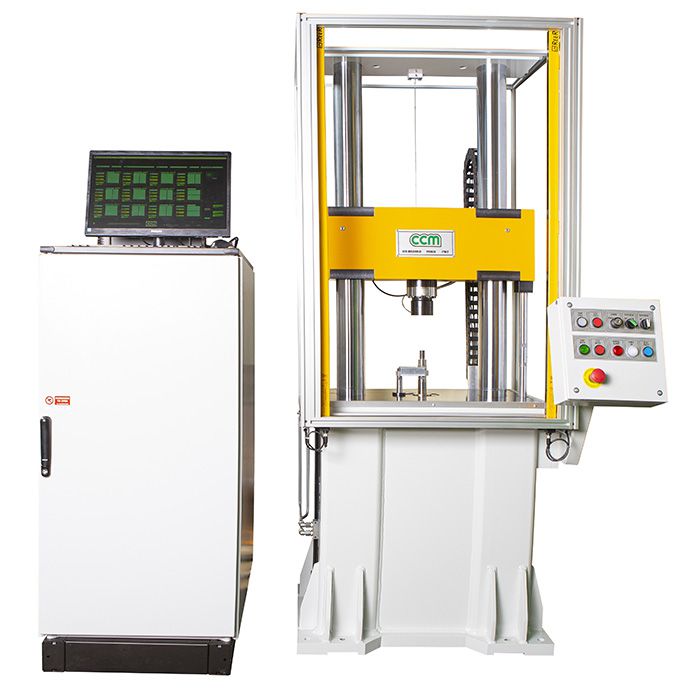 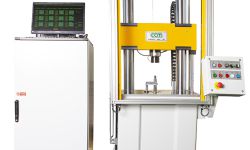 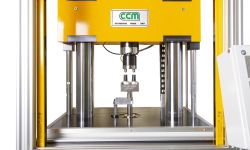 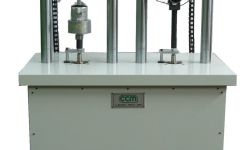 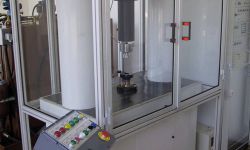 Tests on Vibration-damping or Components of Rubber

Machines to perform tests on components of rubber or rubber-metal were specifically designed to detect and compare the static and dynamic characteristics (stiffness and damping) of the component under test.

When the component is put in real use conditions, applying a static preload or imposing a deflection, two types of tests are performed in sequence:

The detections are made using appropriate position transducers, of acceleration and load.

The operation frequency fields of this type of machines are essentially two:

For special requirements, such as checking a motor support in resonance conditions, can be installed one inertial mass with variable weights which is applied a positive displacement transducer to allow detection of the excitation and the response of the resonant system consisting the inertial mass and the component under test. Other static machines for fatigue tests for vibration-damping can be made with two linear actuators or a linear actuator, and a torsional actuator so as to permit the biaxial testing (e.g. application of radial, axial or torsional load on a bushing).

1) High frequency machine for dynamic rubber stiffening. By placing a coin on the actuator you can see the effect of the movement at increasing frequencies up to 400 Hz. 2) Fatigue tests on truck exhaust pipe joint. 3 blocks of frequencies repeated 2 times, the third frequency is too fast to be visible.

Do you need more information?

Contact us for more information, we will reply you as soon as possible.